Through the Fire Michelle Irwin Review

Through the Fire
Michelle Irwin

Bottom Drawer Publications is excited to be taking Through the Fire, a new adult, paranormal romance by Michelle Irwin, on tour. 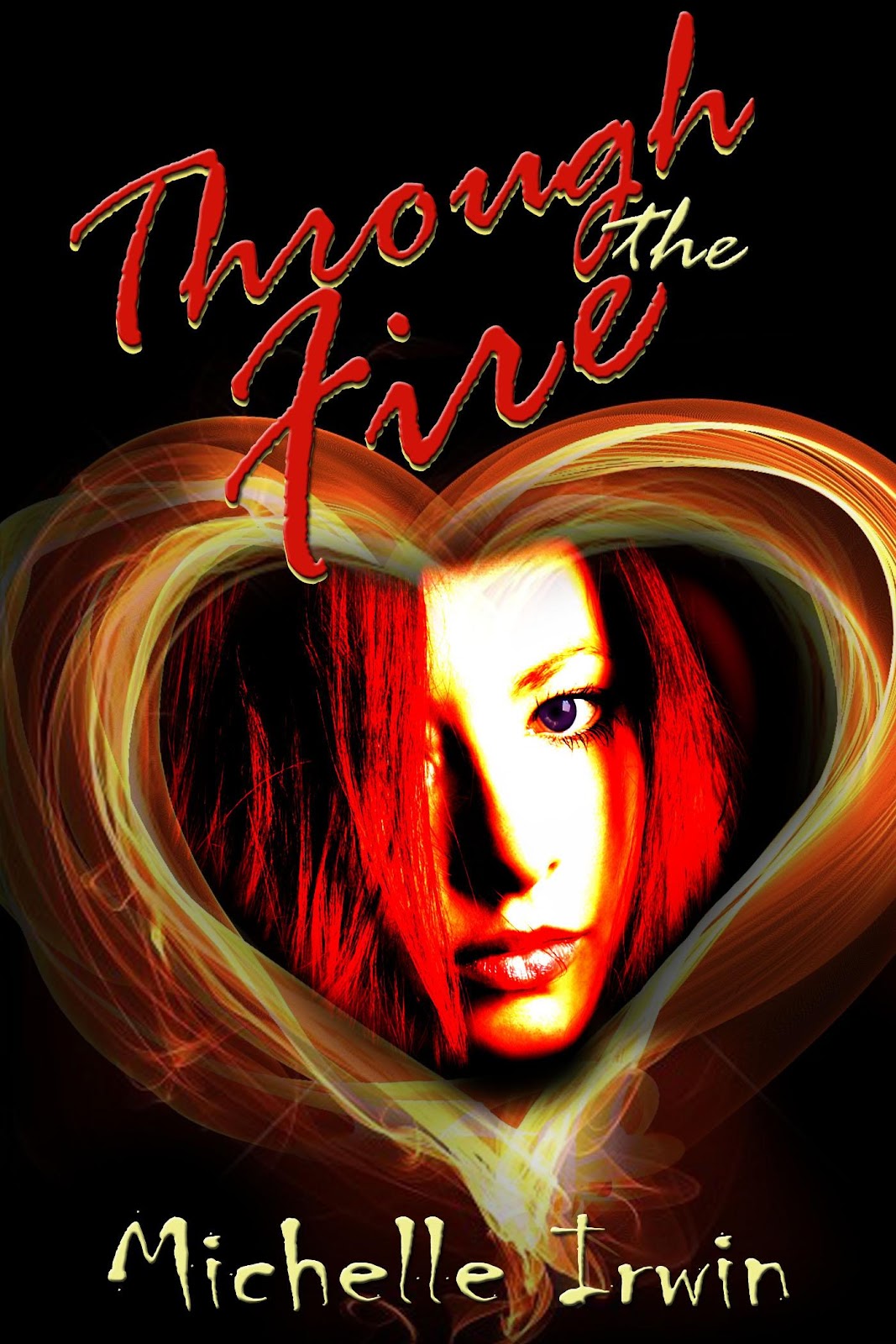 Evie Meyers’ life is one spent on the run. Every minute of every day, her life is in danger if anyone should suspect the truth about her ancestry. Her father was willing to risk everything to keep the truth hidden, even from her, but the lies he fabricated were exposed when her high school crush, Clay Jacobs, inadvertently stumbled upon her secret. His discovery puts Evie at risk from a secret organization tasked with washing the world clean of nonhumans—and Clay is one of its deadliest soldiers. Forced into a war she doesn’t understand, all because of what she is, Evie is left with no choice but to flee with her father to escape persecution.

When Clay reappears in her life, battle scarred and mysterious, Evie is unprepared and terrified as he forces his way back into her heart. When the battle catches up with her, and a tragic accident tears apart the peace she discovered, she finds herself alone and without the protection of her father, or her lover. Now, she needs to keep her secrets hidden and learn to survive on her own in a world that wants her dead, all while searching for the missing piece of her heart.

My question seemed to put him off-guard. “Because they would have killed you if I did.”
The casual way he spoke of my death made it easy to set my jaw and will away all emotions besides the healthy dose of fear that was a constant undercurrent running through my body. “Don’t I deserve to die just because of what I am?” I jeered.
His brow knitted together, and his mouth mashed into a hard line that turned down at the corners. “No . . . I . . .” He sighed. “I don’t want that.”
“Who cares what you want? What gives you the right to pick and choose who gets to live? Why do I get that honor but my mother didn’t?” I asked, my voice rising by almost an octave as I was filled to the brim with thoughts of my mother, of my father’s grief, of everything that the Rain had cost my family. So much had been lost because of Clay’s beliefs and the organization he was raised in. How was I supposed to be okay with any of that? My body quivered even as it heated as the thoughts rushed through me. “She didn’t get to live even though she never hurt anyone!”
As if he’d been barely suppressing his emotions for our whole conversation so far, my ire sparked its counterpart in him, and he exploded. “I don’t think that I have any right! I was raised to believe that everything other deserves to die. There is part of me that still thinks that I made the biggest mistake of my life in not killing you on sight!”

“Stay here,” he mouthed back as he made overly emphasized hand movements and pointed at the ground.
I nodded as he silently dropped the backpack off his shoulder and left it on the floor, before dragging something out of it, but I couldn’t make out what because of the angle his body was in. Whatever he grabbed, he tucked into the back of his pants.
He reached out for me, pulling me to him for a moment. My skin blazed with fear, but it didn’t seem to faze him. I glanced down to where his hand clasped my wrist. His finger traced a small circle against my pulse point.
“I’m sorry,” he whispered. “I never meant for it to be like this.”
“What do you mean?” I rested my hand on his chest and stared at the spot where the thrumming vibrated beneath my hand.
“When the moment comes, take it. Don’t look back.”
“I don’t understand.”
He stepped closer to me, drawing me to him with his steady grip on my arm. His other hand caressed my cheek again, and a moment later his soft lips were on mine. His lips dragged over mine in gentle, sad movements. His fingers twined into my hair, and he drew my face closer to his. He placed his forehead on mine for a fraction of a second. “I love you.”
A second later, he pulled away without giving me a chance to respond. He ran his fingers through his hair to tidy it and then shoved both hands in his pockets, turned away, and casually strolled out toward his family, leaving me feeling confused and scared.

The e-book is available for sale for the special tour price of $4.99 via the BDP Digital Shop and other online booksellers.

Michelle Irwin has been many things in her life: a hobbit taking a precious item to a fiery mountain; a young child stepping through the back of a wardrobe into another land; the last human stranded not-quite-alone in space three million years in the future; a young girl willing to fight for the love of a vampire; and a time-travelling madman in a box. She achieved all of these feats and many more through her voracious reading habit. Eventually, so much reading had to have an effect and the cast of characters inside her mind took over and spilled out onto the page.Michelle lives in sunny Queensland in the land down under with her surprisingly patient husband and ever-intriguing daughter, carving out precious moments of writing and reading time around her accounts-based day job. A lover of love and overcoming the odds, she primarily writes paranormal and fantasy romance.

Posted by Katsindiebookblog at 15:46 No comments:

Katalina Winter has been living for eighteen years, with a secret hidden inside of her, a secret not even she knew.
With this secret comes consequences, expectations, one's she's not willing to fulfill; she'll give her heart to whom she wishes, even if he is, a Dark Shadow wolf...
Join Katalina as she navigates her way through this world at war, where the alpha is law, and only the strong survive. You will see the power of true love, and the length's people will go to destroy it.
**Please note this is a YA Stand alone novel, no cliffhangers**

I've being reading books for as long as I can remember but I never thought about writing until I read Nalini Singh - Slave to sensation which is the first book in her psy-changling series.
At first I just wrote fan fiction until one morning I woke up with a story of my own. Lincoln and Lexia were born!  I spent 6 solid months writing and re-writing and now their story is out in the world and I am currently working on the final book Holocaust due 2015.
After the birth of my 3rd child I wrote Winter Wolf a YA Paranormal Novel which is due for Release in November.
I have lived in England, New Zealand and currently live in QLD Australia but to me England will always be home.
I've been a dish washer, Admin assistant, horse groom and now spend my days looking after my 3 children and writing as often as I can.

Posted by Katsindiebookblog at 09:00 No comments: